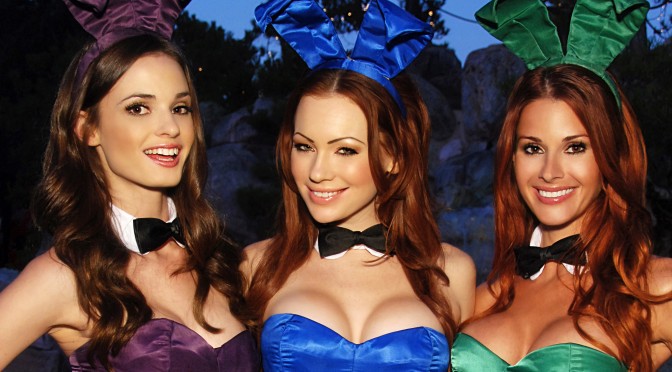 The news this week that Playboy has gone non-nude has been heralded as a victory for feminism, but I could not disagree more.

Playboy has been struggling ever since the birth of the Internet as millions (and then billions) of people suddenly had access to unlimited pornography for free in the privacy of their own homes.  While other pornographic entrepreneurs made their fortune, the traditional incumbent providers such as Playboy, Penthouse and Hustler struggled to retain their relevance.

Then along came two major technological revolutions: social media and the rise of Apple.

Traditional print organisations very quickly saw that website traffic was driven less by Google and people proactively searching for information and more by Facebook and people sharing articles and information amongst their friends and followers. Around about the same time, Apple had released the iPhone and started its unstoppable march to becoming the world’s largest company.

With the proliferation of the iPhone and iPad, content providers suddenly had a new way of publishing content to hundreds of millions (if not, billions) of users via the App Store and digital magazine publishing platforms.

Huzzah! However, there was one small problem: both Apple and Facebook deem female nudity (not just pornography) to be more offensive  than most other content and ban it from their platforms.

Therefore, Playboy and other content providers have effectively had their hand forced: if they are to stay relevant in this new digital age, they must remove all nudity from their editorials and content they share or face total obscurity.

The thought that this has been a victory for feminism could not be further from the truth. Apple and Facebook are actively contributing to the over-sexualisation of the female form through their draconian policies, reinforcing the incredibly dysfunctional attitude that female nudity is offensive. While magazines like Playboy do (did!) indeed sexualise and objectify women, this trend is happening across many other (just less publicised) magazines and editorials.

Since when have we allowed a handful of technology companies to dictate what is and is not offensive? What should and should not be distributed? What is and isn’t moral? What does and does not constitute art?

While Facebook and Apple remained large players, their influence was stifling but not necessarily damaging — but their now dominant (verging on monopolistic)  standing now means that their American conversativism is being foisted on billions of users worldwide, and forcing this moral viewpoint will affect our culture and the attitudes of millions of young girls.

This site uses Akismet to reduce spam. Learn how your comment data is processed.